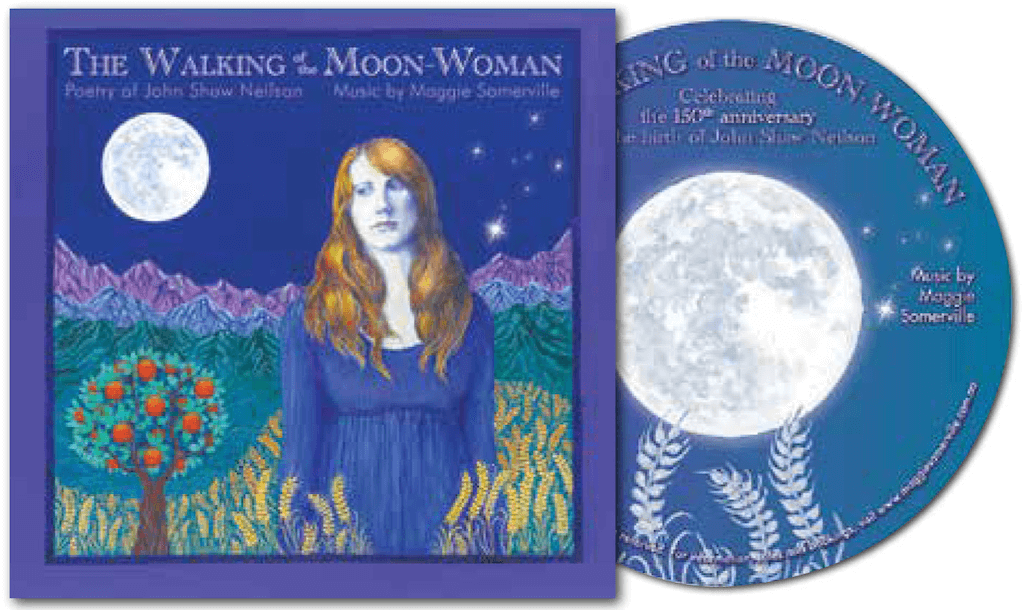 18 songs created from John Shaw Neilson’s poems, featuring a variety of instruments, such as violin, cello, flute, Uillean (Irish) pipes, harmonica, and piano, played by some of Melbourne’s top musicians.

My fourth album but my second album of an Australian poet’s work set to music by me. 18 songs created from John Shaw Neilson’s poems, featuring a variety of instruments, such as violin, cello, flute, Uillean (Irish) pipes, harmonica, and piano, played by some of Melbourne’s top musicians.

Another year – well, another COVID year – for us all! And for me, as for many others, a year of total frustration. For my John Shaw Neilson album that should have been well and truly done and dusted by the end of 2020 is only now nearing completion. My sound engineer lives 44km from my house so there was little joy in watching the Victorian Government lower the travel limit, with six lockdowns in Melbourne, from 5km to 10km to 25km, till finally it disappeared. Yet still it seemed the gods were against me as even when there was a brief window of opportunity between lockdown 5 and 6, a freak storm in the Dandenongs meant that I still couldn’t travel up to the studio as only locals were allowed access, with trees down everywhere. For where is the studio? In the Dandenongs of course…

However, with restrictions eased (despite soaring case numbers), I have wasted no time getting back into the rhythm of hiring and recording as many musicians as needed – for guitar, bass, mandolin, violin, viola, ukulele, cello, piano, harmonica, flute, uillean pipes, didgeridoo, keyboard, percussion, vocals, and probably more. We are almost up to the mastering stage now and are commencing work on the cover and accompanying booklet. And one positive thing about being held up a year with this album is that 2022 is the 150th anniversary of Neilson’s birth and the 80th anniversary of his death. A bit of silver lining?

I am calling the album ‘The Walking of the Moon-Woman’ after one of Neilson’s mystical and mysterious poems:

THE WALKING OF THE MOON-WOMAN

Twas moonlight in the ripe barley
And she was half-concealed;
Perchance she was a Moon-Woman
Below the barley field.

For Moon-Women, they never dance,
They neither laugh nor sing;
They are made up of old wishes
That fear not anything.

Perchance she was a Moon-Woman
Who stole from east to west;
Her feet were in the white barley
And a child was on her breast.

Perchance she was a Moon-Woman
Whose wishes all were sighs,
For the child was all too beautiful
And the blue was in his eyes.

Perchance she was a Moon-Woman
Who in her day did burn
And now in moonlight courage stood
But would not yet return.

‘Twas long ago – my eyes are dim,
I fear too much the cold;
Perchance she was a Moon-Woman
Down in the barley-gold.

My friend and artist Hilary Jellett has produced a beautiful and appropriate painting for the album that, along with a moon-woman and the moon, also includes an orange tree after Neilson’s famous poem, ‘The Orange Tree’.  I can’t wait to see the finished product once the title etc. is added to this stunning piece of work.

Hopefully I will be able to launch my album within the next couple of months, although with case numbers over 30,000 daily and many hospitalisations, plus density limits in Victoria at present, I must be realistic and be prepared to wait. We all seem to know someone with COVID now that Omicron is spreading so wildly; in fact, one of my daughters has just tested positive today and is not feeling too great while a close friend of mine is suffering fever, cough and body aches with it in a Victorian country town. I am dreading returning to school soon, knowing that I’ll probably still have to teach if I’m a close contact of someone with COVID. However, before all that a wonderful week of kayaking in Gippsland awaits me. What amazing birds and animals will we see this time? Last summer we gazed at stingrays, banjo sharks, wedge-tailed eagles, herons, and surprisingly a trio: alpaca, horse and shaggy sheep near Stockyard Creek.